Royal Companion is Christmas 1 of 2 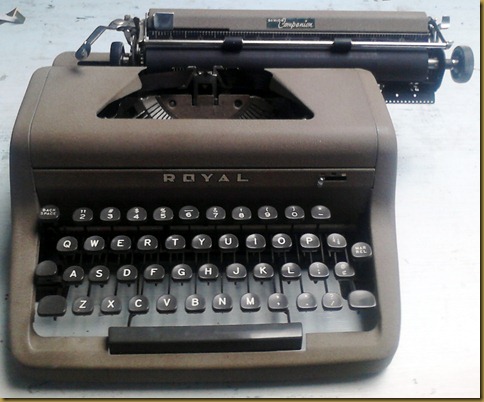 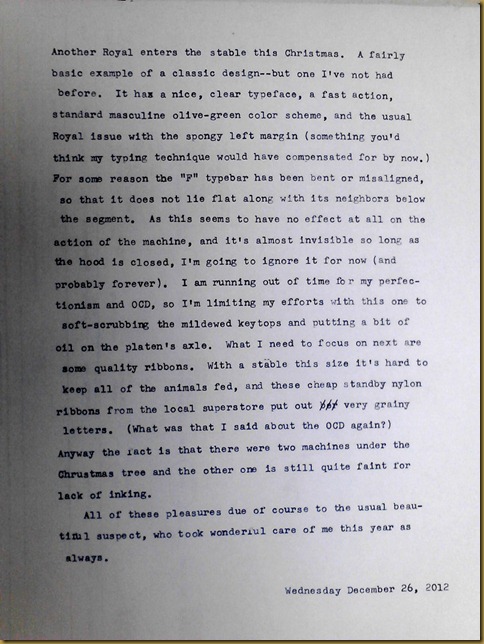 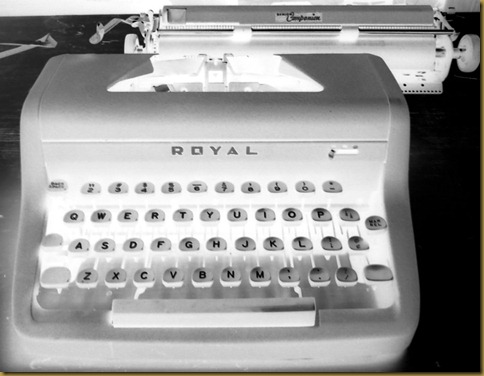 My new favorite (and free) music player, Foobar, has a spectrogram visualization tool built in by default. I haven’t really looked at spectrograms before, but I have looked at lots of sheet music, so the idea of tying the heard to the seen is nothing new to me.

I soon found myself entranced by trying to make sense of this sort of visualization. It plots time on the x-axis and frequency (on a logarithmic scale, which is how we hear music) on the y axis. The brightness of a marking represents the intensity of a frequency. Keep in mind that most instruments play with several harmonics at once—the different combinations of harmonics are what make a guitar sound different from a flute or a piano.

When you consider that most music has lots of voices going at it at the same time, each with their uniquely overlaid harmonics, it’s obvious that the spectrograph of a piece of music is going to be damned complex.

After you watch it for a time, though, it feels eerie how you can begin to “see” the sounds. You can tell a raspy voice from a pure one, and trace melodies across the landscape like ghosts in a storm.

As bewildering as it is for the eyes, though, our ears and brains take it in effortlessly, all the time, and it makes us feel great. This is perhaps even more fascinating: that there’s a mechanism to translate fluctuations in air-pressure into what we experience as music.

Here’s a part of Bach’s Art Of Fugue which is played on the organ. Look at those isolated tones with their perfect, evenly repeating harmonics.

Here’s Glenn Gould playing the C Minor Prelude from the Well Tempered Clavier Book I. Three things stand out for me: the geometrically steady rhythm, the cross spectrum regularity of the piece, and the subtly dramatic affect created by the slight sustaining of those bass notes against all this activity.

Here’s Gould is playing the C Minor Fugue. Again, the rhythmic regularity is impressive, and in this case it sets the stage for the playful interweaving of melodic lines.

And here’s some ambient electronica, the sort of stuff you might put on to meditate to, or to help you fall asleep. There’s a slow melodic rise and fall here. It’s so gradual it’s felt more than heard. This is music in slow-motion, and it draws a scene like a windblown Martian landscape.

Who would have thought that at this age I would find a new way to listen to music? There are times when I absolutely adore technology.

10.77 miles today. These longer runs are starting to feel easier and easier. I spend a great deal of the time feeling mildly high, actually--in a wholesome, fitnessey way.

And it's a great excuse to bliss out to music. I have a hard time just sitting and listening to the stuff these days, which seems unfortunate. When I'm running, I'm as focused on listening as I'll ever be. It's amazing how much better mediocre music sounds when you're running, while decent music sounds absolutely great.

Little hints of boredom are just starting to poke their head through on some of these longer runs. It's sinking in that if I want to extend a run beyond ten miles, no matter how comfortable I feel, I still have to do one thing  for more than two hours.

For the most part that's fine. Each new tune that comes over the earbuds has me good for another half mile, at least. I'm blessed with lovely places to run around here: stunning views of the ocean, woodland trails, quaint historic downtowns. The seasons change fast enough that even the same trails are varied from month to month. All this adventure without even getting into the car to drive to any of the other natural wonders that are within the radius of my work commute. So keeping that boredom at bay has been easy, so far.

I guess I might as well run an official road-race one of these days. So far this has been a solo hobby done for my own satisfaction and amusement, but as I do more and more running it seems like it might be fun to strap on a number and run with some of my co-workers. Paying to do  something that I usually get to do for free rankles my stingy gene, but there has to be some value in the validation of your peers.

Running a five-K would feel trivial at the point; the Falmouth Road Race should be easy (if it’s not too hot that day); a half-marathon is just about what I'm ready for.

Not that I could complete it with any tremendous speed, mind you. I'm averaging 5.5 MPH over mixed terrain on my own, which I don't think would put me on any leader-boards.

After that, if my enthusiasm doesn't wear off and my knees don't start to protest, building up for a full marathon seems like the next thing to do. The qualifying times for the Boston Marathon are awfully tight, though (3 hours 10 minutes for the whole thing?) so despite that event being remarkably close by, I may have to leave the full marathon on the just a hobby list for a while. We'll see if my interest holds up long enough to get fast enough for something like that.

Now if only sitting down and writing for a marathon session would start to feel easier as well, I might be able to actually get a book finished. Practice, I guess, is the key. How is it possible to know this and still find it so difficult to sit my ass down and do it?

(You’ll notice I haven’t talked any more about Nanowrimo since early November. About that…well, maybe something later.)